Description
"Few Supreme Court decisions have stirred up as much controversy, vitriolic debate, and even violence as the one delivered in Roe v. Wade in 1973. Almost five decades later, it remains a touchstone for the culture wars in the United States and a pivot upon which much of our politics turns. N. E. H. Hull and Peter Charles Hoffer have taken stock of the abortion debates, controversies, and cases that have emerged in recent years in order to update their book on this landmark case. As with the first two editions, the book details the case's historical background; highlights Roe v. Wade's core issues, essential personalities, and key precedents; tracks the case's path through the courts; clarifies the jurisprudence behind the court's ruling in Roe; assesses the impact of the presidential elections of George W. Bush and Barack Obama, along with the confirmations of Chief Justice John Roberts, Justice Samuel Alito, and Justice Sonia Sotomayor; and gauges its impact on American society and subsequent challenges to it in Webster v. Reproductive Services (1989), Planned Parenthood v. Casey (1992), and Gonzales v. Carhart (2007). The new edition adds two completely new chapters covering abortion politics and legal battles in Obama's second term and Donald J. Trump's first term. The new material covers two important cases in detail: Whole Woman's Health v. Hellerstedt (2016) and June Medical Services, LLC v. Russo (2020). The cases dealt with state laws (Texas and Louisiana, respectively) designed to limit access to abortion by requiring doctors performing abortions to have admission privileges at a state-authorized hospital within 30 miles of the abortion clinic. In both cases the Court ruled the laws unconstitutional, thus handing the abortion rights activists key victories in the face of an increasingly conservative Court. The new chapters also cover the confirmations of Justices Elena Kagan, Neil Gorsuch, and Brett Kavanaugh, as well as the heated political environment surrounding the Court in the age of Trump"--
Also in This Series 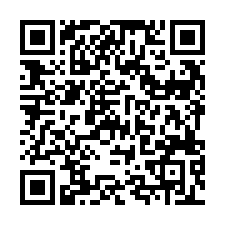