Catalog Ripples in the cosmos : »  Book »

Ripples in the cosmos: a view behind the scenes of the new cosmology
(Book)

Description
On 23 April 1992 a major science story appeared in newspaper headlines around the world. The announcement of the discovery of small-scale fluctuations in the cosmic microwave radiation, ripples in the cosmos, was a bolt from the blue, taking most of the world's cosmologists by surprise. Thencame the first reactions: ' the discovery of the century, perhaps of all time' (Stephen Hawking), 'the Holy Grail of cosmology', 'English does not have enough superlatives', and 'a certain Nobel Prize'. What are the ripples? Why are they of such fundamental importance? What do they tell us aboutthe beginning of the universe? And was the hype reported in the media justified? In this immensely readable book, distinguished cosmologist Michael Rowan-Robinson sets the discovery in its wider context, that of the search for an explanation of how galaxies, cluster of galaxies and even largerstructures formed in a universe which was initially of almost perfect uniformity. This puzzle has been at the heart of the cosmological debate for the past decade. Using telescopes in orbit around the earth, working at wavelengths invisible to the human eye, astronomers have recently taken twoenormous steps forward in their search for an explanation of the evolution of structure, their discoveries making front-page news stories. The first was the mapping of the distribution of galaxies by the Infrared Astronomical Satellite (IRAS); the second the detection of the ripples by the CosmicBackground Explorers (COBE). Here is an insider's account of these momentous discoveries: Michael Rowan-Robinson was a leading participant with IRAS, one of the most successful space astronomy missions of all time. It is a story packed with anecdote and drama, culminating in a series ofspectacular cosmological discoveries. These include the explanation of the rapid motion of our Galaxy through space; the demise of the hypothetical 'Great Attractor'; the demonstration that the universe is filled with an exotic form of dark matter, and the detection - by the author and hiscolleagues - of the most luminous galaxy in the universe. Professor Rowan- Robinson goes on to describe how the IRAS discoveries and the COBE ripples are connected together, and how this has helped to solve the problem of how structure, and hence we ourselves, evolved in the universe. Ripples inthe Cosmos is far more than an exciting - and a personal - story of modern cosmology. Michael Rowan- Robinson asks fundamental questions about the very nature of science, and how it works. His surprising answers to these questions will provoke general readers and scientist alike.
Also in This Series

Rowan-Robinson, M. (1993). Ripples in the cosmos: a view behind the scenes of the new cosmology. Oxford ; New York: W.H. Freeman Spektrum.

Rowan-Robinson, Michael. 1993. Ripples in the Cosmos: A View Behind the Scenes of the New Cosmology. Oxford ; New York: W.H. Freeman Spektrum.

Rowan-Robinson, Michael, Ripples in the Cosmos: A View Behind the Scenes of the New Cosmology. Oxford ; New York: W.H. Freeman Spektrum, 1993.

Rowan-Robinson, Michael. Ripples in the Cosmos: A View Behind the Scenes of the New Cosmology. Oxford ; New York: W.H. Freeman Spektrum, 1993. Print. 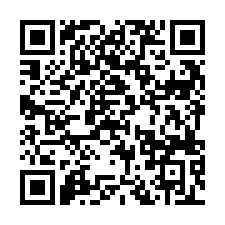