In Isobars , Janette Turner Hospital presents fifteen stories of lives precariously balanced between the past and the present, between the real and the imagined, between the steamy tropical rain forests and beaches of Australia and the urban landscapes of North American cities.

The title story is a kind of cubist meditation on violence against women, refracted through years of fragmented memories into a stunning locus of dread. Indeed, each of the stories is in its own way a fugue on the evanescence of time and distance. In ?The Second Coming of Come-by-Chance,? the apocalyptic resurfacing of a submerged city during a drought prompts the reemergence of an old woman?s memory of her rape as a fledgling schoolteacher some forty years earlier.

Throughout these stories the real and imaginary collide again and again under the pressures of passion, loneliness, and grief. In ?The Loss of Faith,? a middle-aged professor ?sees? his first wife on a New York subway the day she dies in Australia. In ?A Little Night Music,? a young woman?s brief sexual encounter with a stranger on an airplane turns out to be a drug-induced fantasy?perhaps.

As the consciousness of her characters clickers between Queensland and Ontario, Sydney and Manhattan, Hospital skillfully blurs the lines between the quotidian and mythic, between the real and surreal. At the haunting conclusion of ?Uncle Seaborn,? a man returning to Australia after the death of his parents finds himself drawn by a talisman coin and an almost atavistic longing to a mysterious rendezvous in the sea. And in the chilling piece ?Queen on Pentacles, Nine of Swords,? the Tarot is the means by which a fortune-teller?s life becomes entangled with that of a brilliantly doomed Indian woman.

Yet even the most somber stories pulls back at the edge of despair, and there are moments of dazzling illumination, tenderness, and transcendence. In ?I Saw Three Ships,? an alcoholic veteran haunted by a friend?s death in World War II seeks redemption through a ?visitation? by a young woman he meets on the beach, and comes close to self-forgiveness in a final heart-wrenching tableau of misunderstanding.

Profound, compassionate, powerful, these stories explore the outermost boundaries of emotion. Isobars reaffirms Janette Turner Hospital?s status as one of the preeminent writers of contemporary fiction. 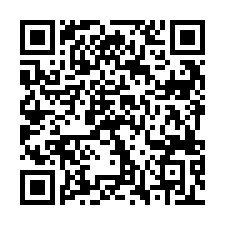