Description
Filmmaker, author, and political activist Michael Moore trains his satirical eye on America's obsession with guns and violence in his third feature-length documentary, which gets its title from a pair of loosely related incidents. On April 20, 1999, shortly before they began their infamous killing spree at Columbine High School in Littleton, CO, Eric Harris and Dylan Klebold attended their favorite class, a no-credit bowling course held at a bowling alley near the school, the same bowling alley which would become the scene of a robbery and triple homicide two years later. While pondering these events, Moore humorously considers the link between random violence and the game of ten pins; along the way, Moore calls on the Michigan Militia (and gets to know some of the models for their "Militia Babes" calendar); spends some time with James Nichols, brother of Oklahoma City bombing accomplice Terry Nichols; visits K-Mart's corporate offices with two teenagers injured in the Columbine massacre as they ask the retail chain to stop selling bullets for handguns; investigates the media's role in the American climate of fear and anger; compares crime statistics in the United States with those of Canada (which, despite higher unemployment and a larger number of guns per capita, manages to rack up a small fraction of the homicides committed in the United States), and questions actor and National Rifle Association president Charlton Heston regarding his appearance at a pro-gun rally held in Littleton a few days after the Columbine massacre, and a similar rally in Flint, MI, after a six-year-old boy killed a classmate with a gun he took from his uncle's house. Bowling for Columbine received its first public screening at the 2002 Ann Arbor Film Festival; the film's official premiere took place a few months later at the Cannes Film Festival. ~ Mark Deming, Rovi
Also in This Series 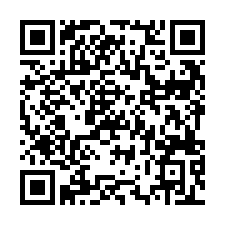