Gene future: the promise and perils of the new biology

Description
"We are poised at the doorway to a future which could surpass the Industrial Revolution in its impact on the world. We are beginning to scrutinize genes in order to read the very history of evolution, and to alter plants and animals in ways undreamed of only a few years ago. As the tools of science have become more sophisticated, scientists have been able to delve deeply into the inner recesses of cells. The fruit of their labor, the new biology, promises us an unprecedented understanding of genes, offering an illuminating view into the most intimate operations of living things from microbes to humans - and with that, the potential to gain increasing control over life itself." "Our gene future will soon present us with a cornucopia of products by drawing upon a variety of organisms - plants, animals, and even human cells - that will influence the lives and health of us all. As Thomas Lee, a biologist and author of the acclaimed The Human Genome Project: Cracking the Genetic Code of Life, so vividly shows, the new biology is already beginning to make its mark on our lives. Every week newspapers announce that scientists have found the gene for a disease such as cystic fibrosis or a particular form of cancer, or have seized on a gene therapy to try to combat it. The controversy over using DNA fingerprinting as admissible evidence in court has sparked public concern. The injecting of experimental genes into humans and animals has triggered recent debates. Soon genetically engineered tomatoes and other "transgenic" vegetables will be available on the shelves of our local grocers."
"As Lee so wisely and eloquently cautions, there may be perils along this pathway as well as miraculous discoveries. Do dangers lurk in this new technological approach to nature? May we unwittingly be doing irreparable harm to individuals, not to mention the biosphere? This perceptive author even-handedly assesses the controversies surrounding the perils that may await us as molecular science moves out of the laboratory and into our homes and environment. This fascinating and comprehensive volume shows that the time has come to confront our gene future, because our gene future is now."--Jacket.
Also in This Series 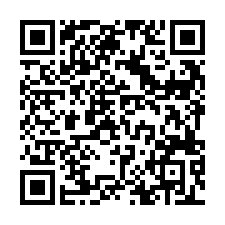