Description
Georgia O'Keeffe was born on a Wisconsin farm and grew up in Virginia. She attended the Art Institute of Chicago from 1905 to1906, studying with Emily Vanderpoel, and later painted with William Merritt Chase at the Art Students League, New York, from 1907 to 1908. She soon moved to Texas and became supervisor of art for the public school system in Amarillo. Later, she returned to Texas after a stint teaching at the University of Virginia, to head the art department at West Texas State Normal College, Canyon. During this time, as a student of Arthur Wesley Dow, she strengthened her commitment to modern painting. Future husband Alfred Stieglitz presented the first exhibition of her paintings in May of 1916 at his Gallery 291; it was without her knowledge.

O'Keeffe first saw New Mexico in 1917 and in 1929 when she visited Mabel Dodge Luhan in Taos. Thereafter O'Keeffe returned each summer to paint. Abiquiu, New Mexico became her permanent home in 1946, following her husband's death.

This catalogue is a broad survey of O'Keeffe's art and vision, from her early abstract watercolors to her later New Mexico landscapes. These pages give equal treatment to her sublime but lesser known works on paper, including watercolors and charcoals of land, sky, botanical, and architectural motifs. Many flower paintings - for which O'Keeffe is perhaps best known - are included, as well as major oil paintings from the Black Place and Black Cross series. 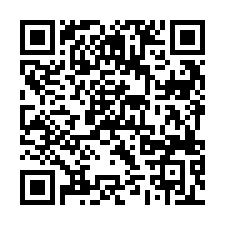