Description
Yet another TV series is revived for the big screen, as Will Smith and Kevin Kline join forces as James T. West and Artemus Gordon, the most sophisticated government agents of the 1860's, in the film adaptation of The Wild Wild West. West and Gordon represent two opposite ends of the personality scale: West is a smooth-talking charmer and man of action who prefers to shoot first and ask questions much, much later; while Gordon is intensely methodical and cerebral, with a genius for gadgets and mechanical innovations. They're brought together by no less an authority than the President of the United States to track down an evil genius named Dr. Arliss Loveless (Kenneth Branagh). Loveless was once an honored military leader and inventor until one of his schemes went awry and left him paralyzed from the waist down. Driven mad by the experience, Loveless is determined to get revenge on the United States by assassinating the President, using a 60-foot tall mechanical spider. Assisting Loveless is a team of beautiful female criminals, Miss East (Bai Ling), Amazonia (Frederique Van Der Wal), Munitia (Musetta Vander) and Miss Lippenreider (Sofia Eng). As the initially suspicious West and Gordon learn to work together, they also find themselves helped by an attractive woman, Rita Escobar (Salma Hayek), who has her own bone to pick with Loveless. Wild Wild West reunites star Will Smith with director Barry Sonnenfeld, who previously worked together on the hit Men In Black (1997). Wild Wild West features a hip-hop theme song from one-time Fresh Prince Smith, along with a more traditional Western score from composer Elmer Bernstein. ~ Mark Deming, Rovi
Also in This Series 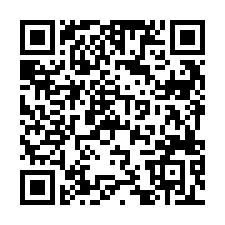