The lord of the rings »

Description
New Zealand filmmaker Peter Jackson fulfills his lifelong dream of transforming author J.R.R. Tolkien's best-selling fantasy epic into a three-part motion picture that begins with this holiday 2001 release. Elijah Wood stars as Frodo Baggins, a Hobbit resident of the medieval "Middle-earth" who discovers that a ring bequeathed to him by beloved relative and benefactor Bilbo (Ian Holm) is in fact the "One Ring," a device that will allow its master to manipulate dark powers and enslave the world. Frodo is charged by the wizard Gandalf (Ian McKellen) to return the ring to Mount Doom, the evil site where it was forged millennia ago and the only place where it can be destroyed. Accompanying Frodo is a fellowship of eight others: his Hobbit friends Sam (Sean Astin), Merry (Dominic Monaghan), and Pippin (Billy Boyd); plus Gandalf; the human warriors Aragorn (Viggo Mortensen) and Boromir (Sean Bean); Elf archer Legolas (Orlando Bloom); and Dwarf soldier Gimli (John Rhys-Davies). The band's odyssey to the dreaded land of Mordor, where Mount Doom lies, takes them through the Elfish domain of Rivendell and the forest of Lothlorien, where they receive aid and comfort from the Elf princess Arwen (Liv Tyler), her father, Elrond (Hugo Weaving), and Queen Galadriel (Cate Blanchett). In pursuit of the travelers and their ring are Saruman (Christopher Lee) -- a traitorous wizard and kin, of sorts, to Gandalf -- and the Dark Riders, under the control of the evil, mysterious Sauron (Sala Baker). The Fellowship must also do battle with a troll, flying spies, Orcs, and other deadly obstacles both natural and otherwise as they draw closer to Mordor. The Lord of the Rings: The Fellowship of the Ring (2001) was filmed in Jackson's native New Zealand, closely followed by its pair of sequels, The Two Towers (2002) and The Return of the King (2003). ~ Karl Williams, Rovi
Also in This Series 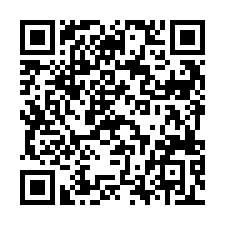