I dare me: How i rebooted and recharged my life by doing something new every day

Description
"One woman's quest to do one new thing every day of the year, what she learned, and what we all can gain from her journey... In 2009 veteran journalist and eight-time Emmy award winner Lu Ann Cahn was feeling angry and frustrated. The economy was tanking. Her job was changing. Budgets were being cut. She resented the new technology and social media she was being asked to embrace at work. In a word, she felt "stuck." Cahn's daughter encouraged her to try blogging, and after some thought, she decided to write about trying something new every day for a year. Little did she know, that "Year of Firsts" would change her outlook on life. For 365 days Cahn made a point of doing something she had never done before, some as simple as performing an old task in a new way, some creative and extreme: Riding a mechanical bull Eating a scorpion Speaking to a complete stranger on the street Smoking a cigar Shoveling horse manure Zip-lining across a crocodile-infested Mexican lake Spending a day in a wheelchair Walking her dog backwards Taking a drum lesson from a famous 80s rocker In the process she discovered that "firsts" were the antidote to "stuck." I Dare Me is Cahn's journey, but it's more than just a memoir. It challenges readers to confront their own fears, and encourages them to try their own "firsts.""--
"By the time Lu Ann Cahn hit her mid-fifties, she had successfully raised her child, built a career as an award-winning reporter and television personality, nurtured and maintained a happy marriage, and overcome breast cancer. So why was she feeling so stuck? Everything in her life pointed to achievement and success and yet she couldn't drum up enthusiasm for the road stretching out before her. Frustrated (and with a nudge from her daughter), Cahn dared herself to get out of her rut. The challenge was set. The taskmaster would be a blog that must be fed every day. And the goal was to try something new every day for a year. While still tending to her everyday responsibilities, Cahn found herself transformed by simply taking one small step each day into unfamiliar territory. What began as a whimsical challenge ended up dramatically changing her outlook and brought her unexpected experiences, new friends, fresh skills, and, most significantly, a genuine enthusiasm for each new day. Accessible, motivational, and encouraging, I Dare Me is the story of Lu Ann's journey. But it's also a road map for a journey of your own--an inspiring read that will challenge you to step outside of your comfort zone and dare yourself to open up to newness"--
Also in This Series

From the Book - First edition. 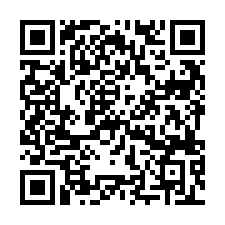