Description
Author Edgar Rice Burroughs once suggested that animation would be the ideal medium to bring his Tarzan to the screen, and 81 years after the first film about the famous ape-man, Disney brings us the first full-length animated film starring the King of the Jungle. After a disaster at sea causes their ship to sink off the coast of Africa, a British couple finds their way to shore with their infant son in tow. However, the parents are killed by a leopard, leaving the baby to fend for himself. The child is discovered by a gorilla named Kala (voice of Glenn Close), mate of Kerchak (voice of Lance Henriksen), the leader of the tribe of apes. While Kerchak is taken aback by the foundling and would just as soon leave him in the jungle, Kala's maternal nature is stirred. Kala and Kerchak take the baby with them, naming him Tarzan and raising him among their own. Although Tarzan (voice of Tony Goldwyn) grows up painfully aware that he's different from the apes, he comes to love and respect the gorillas and learns their ways, while they accept him into their tribe as he grows to adulthood. However, Tarzan's idyllic life in the jungle is changed forever by the arrival of Professor Porter (voice of Nigel Hawthorne), his daughter Jane (voice of Minnie Driver), and their guide, a hunter named Clayton (voice of Brian Blessed). The Professor and Jane have arrived in Africa to study the wildlife in its natural habitat, although Clayton would prefer to bag as many trophies as he can. When the explorers encounter Tarzan, they at first think they've discovered the missing link, although soon realize that he's as human as they are. Tarzan finds himself torn between his desire to be with his own kind (and the new, unfamiliar emotions that he feels for Jane) and his loyalties to the gorilla family that raised him -- especially since Clayton sees the apes not as friends but as prey. Dominated by fast-paced jungle action sequences, Tarzan also features voices by Rosie O'Donnell and Wayne Knight, as well as new songs by Phil Collins. ~ Mark Deming, Rovi
Also in This Series 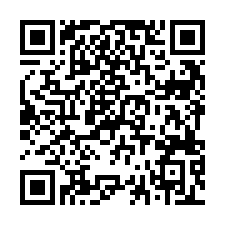