The sum of all fears »

The sum of all fears

Description
The successful franchise of Paramount motion pictures based on novelist Tom Clancy's techno-thrillers featuring heroic CIA intelligence analyst Jack Ryan stages a much-publicized "do-over" with this action-adventure that recasts the character of Ryan as a rookie to the complex game of geopolitical warfare. Ben Affleck takes the reins from Harrison Ford as Ryan, a greenhorn CIA historian and analyst who finds himself thrust front and center into the spy community's spotlight when Nemerov (Ciaran Hinds), a Russian politician on whom Ryan is an expert, suddenly becomes the leader of the former Soviet Union upon the current president's unexpected demise. Attached to the director of the CIA, Cabot (Morgan Freeman), Ryan insists -- contrary to the opinions of many high-ranking White House officials -- that Nemerov is not a warmonger. Meanwhile, a cadre of neo-fascists, led by Dressler (Alan Bates), plots the detonation at the Super Bowl in Baltimore, MD, of a nuclear device recovered from a long-ago Israeli fighter jet crash, a terrorist incident they intend to spark a war between the super powers, leaving them to conquer the world in the conflict's post-apocalyptic vacuum. The Sum of All Fears co-stars James Cromwell, Bridget Moynahan, and Liev Schreiber as covert operative John Clark, a character central to another series of Clancy's best-selling tomes. ~ Karl Williams, Rovi
Also in This Series 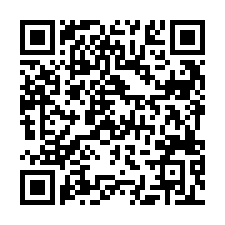