A country in the mind »

A country in the mind: Wallace Stegner, Bernard De Voto, history, and the American land

Description
In this beautifully written account, John Thomas details an intimate portrait of the intellectual friendship between two commanding figures of western letters and the early environmental movement--Wallace Stegner and Bernard DeVoto.. The authors of enormously popular works--Stegner most well known for his novels The Big Rock Candy Mountain and the Pulitzer Prize-winning Angle of Repose and DeVoto for his classic history of western exploration, The Course of Empire--they also played important roles in the efforts to stop government and private interests from carving up the vanishing West. Part of the fractious group of public intellectuals at Harvard that included Edmund Wilson, Mary McCarthy, and Arthur Schlesinger, Sr., they saw no contradiction between their literary and political selves and entered the public debate with conviction and passion. Drawing on their writings, personal correspondence, and dozens of articles from the pages of Harper's, where DeVoto was a columnist for years, this illuminating account demonstrates how their concerns for the western environment continue to resonate today.
Also in This Series 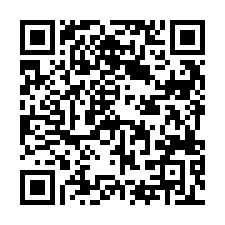