During a public career spanning only twelve years, Martin Luther King Jr. transformed the South--and the nation--and reinvigorated American democracy. From the pulpit and from jail, he inspired African Americans to rebel against white supremacy, nonviolently defying racism, bigotry, and brutality. He also sought a better way of life for all poor and powerless people, black and white alike. In this concise and readable biography, Adam Fairclough chronicles the major events of King's life and assesses his achievements as the preeminent leader of the civil rights movement.

The biography begins with an examination of King's upbringing in Atlanta, Georgia, and a description of the conditions suffered by black southerners in the 1930s. After tracing King's intellectual growth through college, graduate school, and seminary, Fairclough then tracks his fortuitous involvement in the Montgomery bus boycott and his swift rise to prominence as a spokesman and leader. Subsequent chapters offer incisive accounts of King's major campaigns: the demonstrations in Albany, Georgia, where a wily police chief outwitted him; the militant protests in Birmingham, Alabama, where King transmuted police brutality into a historic victory for African Americans; and the campaign in Selma, Alabama, which paved the way for black political representation throughout the South. Fairclough also looks at other notable triumphs and struggles, from the inspirational "I Have a Dream" speech delivered at the March on Washington rally to King's ill-fated journey to Memphis to help striking sanitation workers.

Throughout, Fairclough charts the major stages of King's philosophical and political growth, examining his opposition to the Vietnam War, his response to Black Power, and his growing concern for economic justice. Fairclough rounds out his portrait with an assessment of King's legacy to America and his continuing relevance to the struggle throughout the world for freedom and equality. 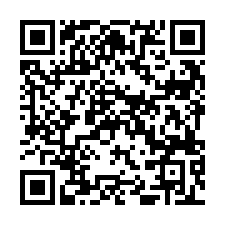