Description
They very plague that decimated Europe in the fourteenth century lurks today in the high, dry land of the American Southwest. But Navajo Tribal policeman Jim Chee and his mentor, Joe Leaphorn, discover an even deadlier killer stalking the reservation in the most chilling and beautifully crafted novel yet from the beloved and bestselling master of Southwestern suspense.

When Acting Lt. Chee catches a Hopi eagle poacher literally red-handed--huddled over the bloody body of a young Navajo Tribal police officer--he has an open-and-shut case. Even the Feds--usually at odds with Chee'agree, and it seems the Hopi is headed for the gas chamber. Until Joe Leaphorn shows up to blow Chee's case wide open.

Leaphorn, now retired form the Navajo Tribal Police, has been hired to find Cathy Pollard, a hot-headed biologist who disappeared from the same remote area on the same day the Navajo cop was murdered. Is she a suspect? A victim? And what are Chee and Leaphorn to make of the report that a skinwalker--a Navajo witch--was seen in the same area at the same time?

To answer these questions, Leaphorn and Chee must immerse themselves in the enigmatic web of scientists hunting the key to the most virulent form of bubonic plague since the Middle Ages.

In addition to its finely wrought plot, The First Eagle offers a wealth of Tony Hillerman's signature gifts--glorious evocations of the high desert, delicately drawn characters, and eloquent insights into the foibles and wisdom of the Southwest's native people. 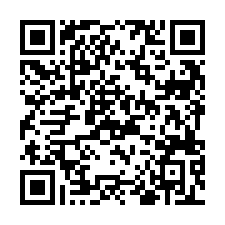