As good as it gets »

As good as it gets

Description
James L. Brooks (Terms of Endearment, Broadcast News) directed this $50 million-plus romantic comedy, set in Manhattan. Dysfunctional, acid-tongued romance novelist Melvin Udall (Jack Nicholson), who suffers from an obsessive-compulsive disorder, takes pride in his ability to offend. At a nearby cafe, the only waitress willing to stand up to his sarcastic tirades is Carol Connelly (Helen Hunt), a single mother struggling to raise her chronically asthmatic son. In Melvin's West Village apartment building, talented contemporary artist Simon Nye (Greg Kinnear) lives across the hall from Melvin. Simon is the current darling of the New York art world, reason enough to draw Melvin's verbal fire, but Simon's gay lifestyle is further grist for the novelist's malicious mill. These three New Yorkers, none of whom appears to have a chance in hell at finding true happiness, discover their fates intertwined because of the fourth complicated character in the piece, Verdell, a tiny Brussels Griffon dog (played by newcomer Jill, after a 15-week training program). Melvin seems to have no friends or family, and he lives alone, working on his 62nd book. When Simon goes into the hospital after a brutal mugging, Melvin has to take care of Verdell, and the dog actually warms Melvin's cold heart -- to the degree that he sets up unsolicited medical care for Carol's son. Eventually, Melvin is cornered into driving Simon and Carol to Baltimore, and during a hotel stopover, Melvin confesses to Carol, "You make me want to be a better man." The trip becomes an odyssey of self-realization for all three. Locations included Brooklyn's Prospect Park (Carol's neighborhood) and Greenwich Village (where Melvin's building is on 12th Street between Fifth and Sixth Avenues). Other exteriors were shot in downtown Los Angeles, where a dilapidated transient hotel at the corner of 4th Street and Main was transformed into the chic cafe where Carol works. Sets for the Simon/Melvin apartment interiors were erected on a soundstage at the Sony Pictures lot. Simon's paintings were created for the film by New York artist Billy Sullivan, whose work is part of the modern art collection at NYC's Metropolitan Museum of Art and the New Orleans Museum of Art. ~ Bhob Stewart, Rovi
Also in This Series 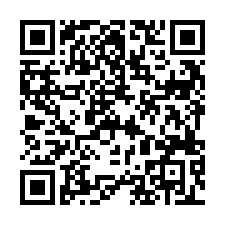