Description
A clandestine love affair sends one man's charmed life into a tailspin in this dark, disturbing drama written and directed by Woody Allen, his first film set and shot in Great Britain and one his few films sans any humor. Chris Wilton (Jonathan Rhys-Meyers) is an Irish tennis player with an impoverished background. Just accomplished enough to make his way onto the professional circuit, but not skilled enough to be a consistent winner, he now works as an instructor at a London tennis club. The wealthy Tom Hewett (Matthew Goode), who is as impressed by Chris's charm and good looks as he is by his game, takes a tennis lesson from the young man. Chris's intelligence and wit also make a strong impression on Tom's pretty sister, Chloe (Emily Mortimer), who soon falls for him. It isn't long before Chris and Chloe are engaged to be married, a match that pleases both Tom and his father, Alec (Brian Cox), a successful businessman who believes Chris has a bright future in his firm. However, Chris also feels an overwhelming attraction to Nola Rice (Scarlett Johansson), a sexy blonde from the United States who is dating Tom. Though Nola initially puts up some resistance, Chris gently nudges her in the direction of an affair. Passion soon ignites between the two, and they have a one-time sexual encounter, even as Chris and Chloe plan their wedding. Nola resists, however, when Chris makes additional attempts to wheedle her into bed. Nola drops out of Chris's life shortly before his wedding, but a chance meeting a few months later resurrects the relationship as Chris and Chloe try to start a family. Match Point received its world premiere in an enthusiastically received presentation at the 2005 Cannes Film Festival. ~ Mark Deming, Rovi
Also in This Series 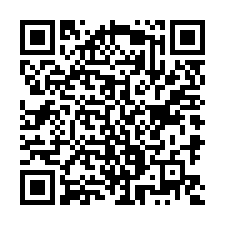