As one of the first and most eloquent spokesmen for the New Criticism, R. P. Blackmur achieved a place of rare distinction in American letters. He preferred to think of himself as a poet, however, and this volume shows that his poetry was in its own right an enduring contribution to literature. Included here are The Second World (1942) and The Good European (1947), as well as From Jordan's Delight (1937), described by Allen Tate as "one of the most distinguished volumes of verse in the first half of the century."

Blackmur was a formalist and a master of traditional versification, a poet whose work did not show the influence of Pound and Eliot although he read them closely. His poetry impresses the reader with its strength, gravity, and musicality.

During his career, Blackmur lectured widely in the United States and abroad. He was the first man of letters to hold the Pitt Professorship of American History and Institutions at Cambridge University, and he was Professor of English at Princeton University, where he conceived the Christian Gauss Seminars in Criticism. He was a Fellow in American Letters at the Library of Congress, a member of the American Academy of Arts and Sciences, and Vice President of the National Institute of Arts and Letters.

The Princeton Legacy Library uses the latest print-on-demand technology to again make available previously out-of-print books from the distinguished backlist of Princeton University Press. These editions preserve the original texts of these important books while presenting them in durable paperback and hardcover editions. The goal of the Princeton Legacy Library is to vastly increase access to the rich scholarly heritage found in the thousands of books published by Princeton University Press since its founding in 1905. 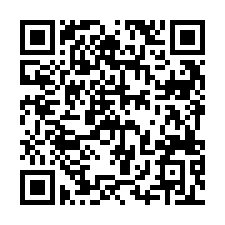