Description
The wolves of the Arctic Circle and its environs, the stunning beauty of a Northern winter, a biologist who braves it all to record the lives of the wolves, and Inuits who save the biologist's hide and share their own wisdom openly are all winners in this film that is a tribute to the skills of writer and director Carroll Ballard (The Black Stallion). Based on Farley Mowat's autobiographical novel of the same name, Tyler (Charles Martin Smith) is a normal biologist until he gets up into the Arctic winter in order to prove that the caribou herds are not being decimated by wolves; then he becomes a semi-klutz, unable to instinctively adapt to the deep freeze around him. After he sets up his first stake-out, a native Inuit named Oolek (Zachary Ittimangnaq) comes along to help him out and gets him better established in an isolated hut, where Tyler is left to fend for himself again. That he does, but not because he can see in advance what his needs or problems are going to be -- he just comes up against the worst when it happens and works from there. At the same time, Tyler gets to carefully and closely observe a wolf family he has already dubbed as George, Angeline, and the three pups, and he has several comic interactions with his distant "pets." Oolek and his friend Mike (Samson Jorah) drop by to keep Tyler company for awhile, sharing their observations on nature and life in an easy-going, non-committal manner. With Tyler's perseverance and the knowledge gained from experience and through these conversations, the real culprit in the decimation of the caribou turns out not to have four legs at all. ~ Eleanor Mannikka, Rovi
Also in This Series 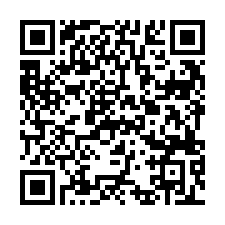